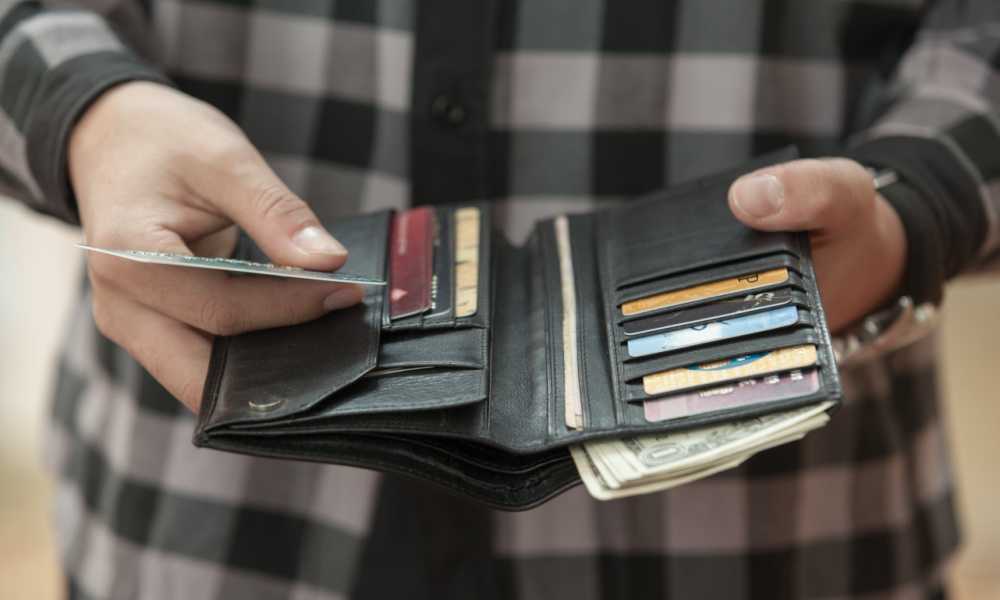 Sometimes, it’s hard to tell the difference between scare tactics and real concerns.

As technology develops and society changes, the difficulty of keeping up with what should really concern you can be overwhelming.

One topic that you’ve probably heard about before is the risk of RFID skimming. This is when a thief uses a strong radio scanner to steal your credit card information without doing as much as opening your bag!

Quick Navigation
Cons: No, You Don’t Need It!
RFID Skimming is Rare
Cards Are Changing
Better Ways to Steal
Pros: Yes, It Works!
You Have RFID Cards or Documents
Metal Protection
Lost in a Crowd
Are RFID Wallets Necessary: To Buy or Not to Buy?
FINAL VERDICT

While some believe this is a very real concern when traveling or visiting certain cities, others say that RFID-related crimes haven’t been reported for years. So, what is the answer? Are RFID wallets necessary?

Let’s start on the negative side of this debate, with the opinions of those who believe that RFID wallets are not necessary to protect your credit card information.

The main reason that some people argue against the necessity of an RFID-blocking wallet is that RFID skimming is rarely—if ever—reported as a crime in most regions. What do we mean by this?

More often than not, the people that you see showing off how RFID can protect you are simulating a crime that doesn’t have a very high rate of happening at all. These security experts are showing vulnerability in a product, but it is a vulnerability that isn’t all that effective for thieves, so it isn’t common.

Another reason that some say RFID wallets are not necessary is that credit card companies are moving towards a chip-and-pin style of security rather than a contactless RFID chip style. Once this change is complete, the current type of RFID skimmers wouldn’t be able to be used effectively, and it is unlikely that a new type of skimmer would be made.

Finally, and most importantly, many believe that thieves simply have better and more efficient ways to make money through fraud. In the case of current RFID chips, most thieves wouldn’t be able to get away with more than one transaction before the card is blocked or the RFID-generated security codes change.

Why would a thief go through so much effort for so little reward, right? If that’s the case, are RFID wallets necessary? Not if you agree with everything that we just covered in this Cons section! But then again, you have to remember that there are two sides to every story! On the flip side, there are those that truly and completely believe that RFID-blocking technology can be a huge help to have in your wallet to protect you from being scammed.

You Have RFID Cards or Documents

If you know for sure that you carry RFID cards or documents with you, such as an access card for a secure building or a credit card, then owning an RFID-blocking wallet is worth it because it can secure these cards. Even if reported cases of RFID skimming are far and few between, that does not mean that it doesn’t happen!

If you are sure that you have information that is secured using RFID technology, there’s no reason not to protect it from potential crime or theft.

Most people who recommend RFID wallets are clear that it doesn’t have to be an RFID wallet that you use to protect your cards. Rather, they simply recommend that you protect them!

Whether you try to use metal-infused RFID-blocking wallets or a sheet of aluminum foil to protect you, having some sort of protection from card skimming is the key.

Lost in a Crowd

DIY security analysts have shown that you can make your own DIY scanner that can read cards from a good distance away. However, these are usually very large scanners with large antennas that would be seen in most situations.

If you are going to be traveling in very packed and dense areas, though, it will become much easier for a thief to find a way to skim your card without you knowing anything even happened. If you are expected to be in these types of situations, then using an RFID wallet is smart.

Are RFID Wallets Necessary: To Buy or Not to Buy?

Ultimately, it is your choice to decide whether or not to buy into the story of RFID-blocking wallets. That being said, we have our own opinion about RFID wallets. Despite evidence on either side, we have just one simple question: Why not use one?

There is no harm in using an RFID wallet even if you aren’t 100% sure that you’ll need it. If you think there is a chance that you could have your card information stolen in a situation, having an RFID-blocking wallet will protect both your wallet and your mind.

Stop worrying about buying a tool that could protect you. Even if you don’t absolutely need an RFID wallet, there’s no reason that you cannot use one for protection, and we recommend that you do invest in one just in case!