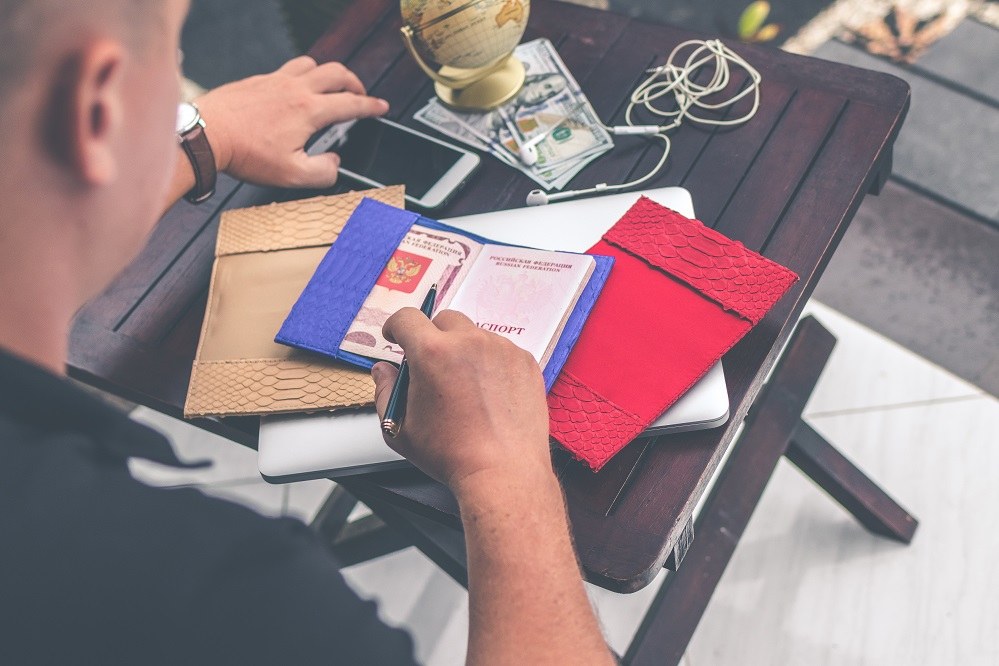 Do I Need RFID Protection for My Passport?

If you read or watch the news you may have come across stories of people whose lives have been turned upside down, due to identity fraud. One way this can potentially happen is by personal details being stolen, and one scenario where this might occur is by someone scanning your passport and stealing the data contained on the RFID chip.

In this article, we are going to explore the details of how this might happen, how it can be avoided, and whether you need RFID protection for your passport.

What are RFID Chips, and What are They Used For?

An RFID chip is a small microprocessor chip that can store data and is capable of transmitting that data to a receiver. In most cases, a scanner is used which sends a signal to the RFID chip and when the chip’s antenna receives that signal, it then activates and sends the data which has been requested to the scanner.

The scanners used to activate an RFID chip can either be fixed units such as the type in the passport control area of airports, or they can be portable like the ones used to count inventory in warehouses.

While the theory behind how each RFID and scanner communicates might be similar, the types and amount of data that each RFID chip will hold will differ greatly. There are some scenarios where the data is nothing more than the name and competitor number of an individual as is the case in a large city marathon which uses RFID technology to time tens of thousands of runners.

A more comprehensive data application would be when goods are being shipped from one country to another and are tracked using RFID chip technology. Here the information that may be stored will include the sender, the origin of the goods, weight, quantity, the final destination, product codes, and so on.

An example of everyday use of RFID chips is when you pay for something using your credit or debit card, and simply hold it to the card reader. The payment is made because the chip in the card has the account details and the system is able to debit the amount from that account by scanning it.

What Data is Held on the RFID Chips in Passports?

RFID chips in passports were first introduced in 2007, and since then, anyone who has renewed their passport will have seen a chip in their new one. Given that passports are only valid for 10 years it is likely to be the case that every valid USA passport now has an RFID chip.

It often comes as a surprise to people when they learn that the chip in their passport doesn’t actually hold a massive amount of information about them. There are no details regarding your address, your social security number, tax details or any other information that the federal government has on record for you, including criminal records.

The RFID chip in your passport will contain two types of data which relate to you. The first is the data that you can already see in your passport, and that is the information on the main data page. This will be your surname, your given names (first name, middle name, etc.), your nationality, your date of birth, your place of birth, which will normally be the state, your gender, date of issue, date of expiry, authority, endorsements and the passport number.

The other data the RFID chip will contain is biometric data, and this normally includes your photograph, your fingerprints, and iris scan.

How Can the Data on RFID Chips Be Accessed Illegally?

For most people the chances of the data from the RFID chip in their passport being stolen are very slim. That being said, the chances of you being burgled are also slim, but people are still burgled every day. The fact is it CAN happen, and even though you are highly unlikely to be the victim, that does not mean that you never will be.

If unfortunately, it does happen to you, it will have been done by someone secretly scanning your passport without you noticing they are doing so. The people doing it are very clever at blending in at airports, most likely wearing normal clothes and carrying a backpack with them.

What they will also have is a small scanner that is capable of locking onto RFID chips secreted on their person, and if the opportunity arises for them to get close to an open passport, they will take it. Once they have scanned the chip, the data they have gleaned can potentially be used for ID fraud or sold to other criminals who have uses for the data.

How Do You Avoid Having Your Passport Scanned?

To put your mind at ease a little, it is relatively hard for someone to scan your passport’s chip, and there are some things that need to be in place for them to do so. The first is that the passport needs to be open. This is because there is a metallic strip behind the chip that blocks scans when the passport is closed. Therefore, you should never open your passport, other than when required to do so at passport control.

Also, remember that the thief has to be very close to you, so always be aware of who is in your immediate vicinity when opening your passport. If anyone nearby looks in any way dubious, keep your passport closed and well hidden.

Do you Need RFID Protection for Your Passport?

While the advice in the previous section is sound, we must bear in mind that those with a criminal mind are determined, prepared to take risks and very devious. So, no matter how careful you are, that split second your attention is drawn elsewhere could be the moment they strike.

To put even more hurdles in their way, one of the best methods of stopping their theft of your data is to block the RFID signal, and thus render any scanner useless. This is achieved by having your passport in a wallet or holder whose material can block those signals. These holders are easy to use, and are normally very inexpensive, so it will be a small price to pay to protect your personal data from being stolen.