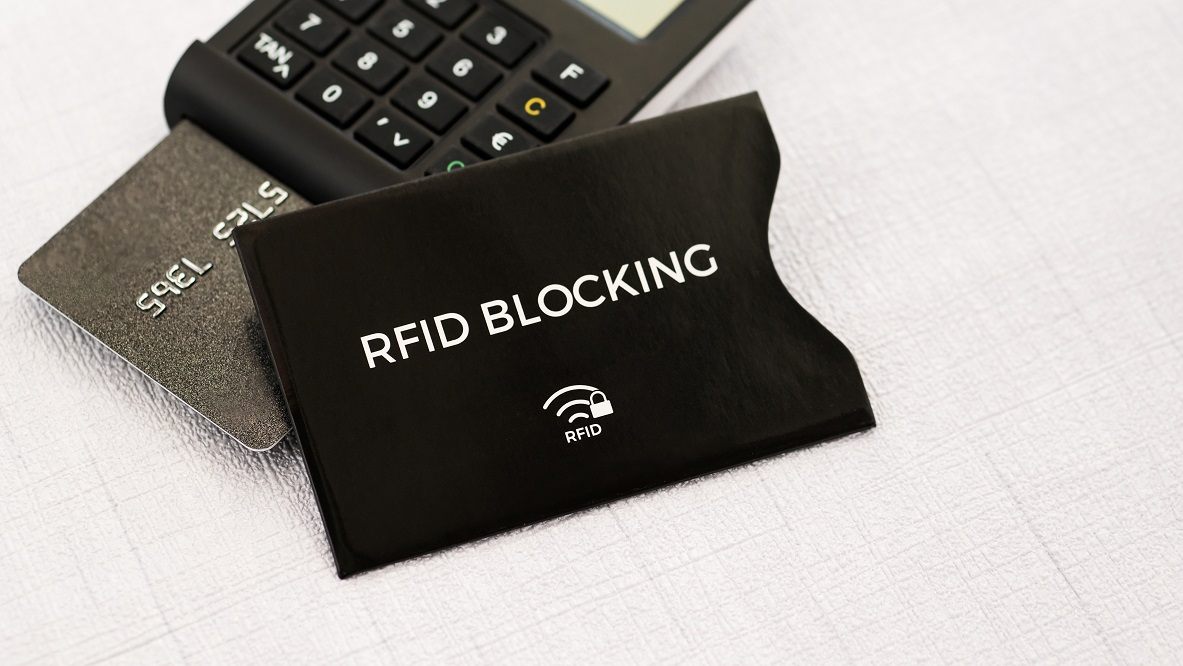 It is more than likely that many people have used RFID multiple times but may not have realized what it was called. More alarmingly there are countless people who do not realize that RFID technology carries risks in terms of personal data and information being stolen by unscrupulous people.

In this article, we will cover briefly what RFID is, what it’s used for, its risks and how to mitigate threats, and finally explain if aluminum foil can block RFID.

RFID is short for ‘radio frequency identification’ and it is a technology that had its early beginnings in the Soviet Union as far back as the 1940s where technicians were experimenting with sound waves and covert listening devices. The first true RFID device didn’t come along until the 1970s where light and sound were used to transmit data, and the first patent for the term ‘RFID’ wasn’t registered until the early 1980s.

Your passport data and the data on your credit or debit cards are common examples of where RFID technology is now used. These use small microchips which are fixed inside them, and when presented to an appropriate reader, the data from them is read and transferred.

Some Common Uses of RFID

The use of RFID for data reading is extremely widespread and is used in just about every category of industry and business. One of its most common uses is in the tracking and identification of goods in transit and managing stock. The tracking of livestock also uses RFID technology.

The timing of major sports events utilizes RFID, and there are many institutions such as hospitals which use it to tag patients, staff and even mobile medical equipment.

In terms of everyday uses that you or I might experience, some of them are very common. For example, when you check in baggage at an airport, RFID may be used to track and identify it. Travel documents such as your passport will also be read by RFID machines.

Perhaps the most common use of RFID in our modern world is the ever-increasing use of contactless payments systems. These have escalated hugely in the past 5 years for small payments to the point where the use of cash is diminishing fast.

There are so many money transactions that have become easier and more convenient thanks to the use of RFID, but as with every two steps forward, there is often one back, and in the case of RFID, that backward step comes in the form of thieves and data theft.

What are the Risks Associated with RFID?

RFID works when a device is used to scan the RFID chip of an item which is close to it. This is how the gates open for you when your passport is scanned at the airport, and why you are able to pay for goods at the supermarket. The problem is that the tags which are scanned by the readers are readable worldwide, and while there are some localized standards, it is not particularly difficult to be able to read the data on an RFID-enabled item and do so undetected.

The most common protagonists of this, are described as electronic pickpockets. What these people do is use a scanner which can tune in to the radio waves which are given off by an RFID chip, and effectively steal the data that is contained on it. It is akin to someone hacking into your computer’s hard drive and stealing the data stored there, but with RFID it is much easier to do.

This means that someone standing near to you with a hidden RFID reader can latch on to the signal coming from any of your debit or credits cards, or your passport, and within seconds have access to your financial and personal details. This can include your account numbers, your name, your address, and your date of birth. With just those four pieces of information think of how much ID fraud a thief could undertake.

How You can Mitigate the Risks

There are a few steps you can take to avoid the risks associated with RFID. The first is very basic, and that is to only carry with you at any one time those RFID enabled items that you are going to need. In other words, just because you may have a wallet or purse that can hold your passport, you do not need it with you unless you are traveling abroad. Similarly, even if you have an assortment of eight different credit cards to choose from, only go out with the one or two that you are likely to use.

In addition to these steps, one of the best ways to protect RFID items is to have them inside something that can block the RFID signal. These include wallets, credit card holders, purses, and passport holders. The materials in these items block scanners from accessing the signals given off by RFID chips, so your data remains safe.

One of the materials used to make credit card holders is aluminum and so in answer to the question asked in the title of this article, yes, aluminum foil does block RFID signals. Ideally, you want the foil to be as thick as possible, while at the same time not being too thick, that it isn’t pliable.

One of the ways you can take advantage of aluminum’s ability to block RFID waves is to cut small rectangular or square pieces of aluminum foil and wrap each credit or debit card in them.

This might seem a bit extreme to some of you, so a simpler way is to place a piece of aluminum foil on the outer slots and compartments of your wallet or purse so that everything inside it is protected. You can also do this with your passport holder too.